At a Loss for Words by Diane Schoemperlen 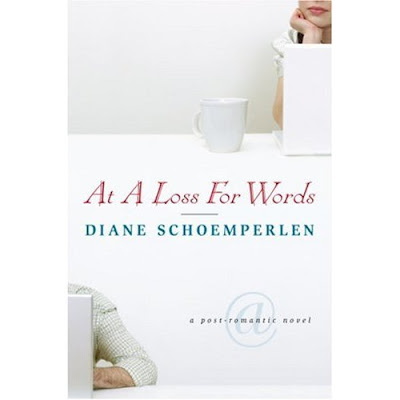 At a Loss for Words by Diane Schoemperlen is a very fast and fun read.  Written as a letter to a man who has broken her heart, we see and understand long before the narrator does that he is not only "leading her on" but he is incapable of being truly and honestly there for her on any level.  As she pushes closer toward him he backs off.  She so cleverly leads us through the deception that it isn't till the end of the book that we have the realization of what is really happening and then it all becomes clear. 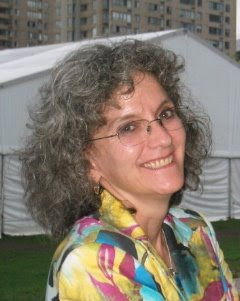 Written as a "he said/she said" letter as a history of their relationship, it is more accurately a "you said/I said" recounting for his benefit.  The most damning contrasts are when "I said" emotionally effusive comments that beg for a response paired with "you said nothing," or worse, you didn't respond about anything I said, but merely commented on a triviality in your day.  He is obviously not even reading her emails.  Ouch!  The decline in the sanity of the narrator is clear as her obsession increases, and love continues to make a fool of her.  While she continues to interact with him makes good, if frustrating reading, the only explanation for her tenacity is the madnss that comes with romantic obsession.

But this is not just a fluffy piece of "Chick Lit" about a relationship that went wrong, Diane Schoemperlen has created a revealing work of imagination and writing.  Although we have no reason to doubt that the narrator is an accomplished writer, when she is writing about love, all the skill goes out of her words.  They are trite and cliche and syrupy.  The theme of the novel is stated early (p.45) and is something she quotes from one of her (the narrator's) own earlier works:

Look what love does to language.  Either it sends you straight into breathless, shameless, hyperbolic logorrhea (like then) or it leaves you wordless altogether (like later).

The (unnamed) narrator starts off the book unable to write fiction, but concludes by writing her truth, which in a literary twist is actually fiction that feels as though it must be the author's truth.  Highly recommended!