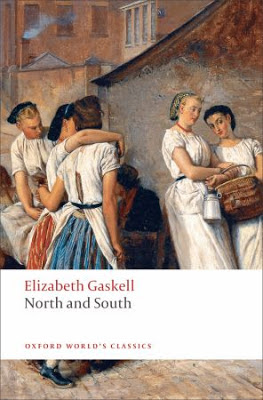 Please see here for my thoughts on Part One and for Part Two.

The third quarter of North and South covers a dark time: each of the three Milton families featured in the novel suffers loss and emotional upheaval as a result of death, labour unrest and the trials of unrequited love.  It is the characters who are able to rely on their inner fortitude who are most challenged: Mr. Thornton, Margaret Hale and Mrs. Thornton are each faced with such adversity that even at certain moments their strength fails them.  Elizabeth Gaskell demonstrates the real advantages of the training of the habit of mind in each of these characters.

At the end of Volume I, Mr. Thornton's marriage proposal was rejected by Margaret Hale, and he is overwhelmed by pain and emotion.  He vows to overcome these physical manifestations of his love for Margaret: "He stood still a moment, to make this resolution firm and clear."  After walking off the worst of his anguish, "the accustomed places brought back the accustomed habits and trains of thought." (192)  With the habit of successfully overcoming his emotions, Mr. Thornton is able to do what must be done.  He habitually holds himself erect and walks in a purposeful manner.  Without having to make the choice, he easily slides into the good habits that he has trained himself to do.

Mrs. Thornton is so pained by what she perceives as the loss of her son's love (when he leaves to propose to Margaret), that she is anxious.  "She wrenched herself away from the contemplation of all the dreary changes that would be brought about to herself by her son's marriage; she forced her thoughts into the accustomed household grooves." (193)  So, the apple does not fall far from the tree!  Mrs. Thornton has given her son the benefit of habits she herself follows.  They are both able to set aside their strong emotions and attend to their responsibilities.

Although this method of habit training helps both Mr. and Mrs. Thornton to get on with the duties of life, this repression of emotion can lead to a denial of those feelings altogether.  Mr. Thornton is so successful at hiding his feelings that he tricks himself into believing they do not exist.  When he sees Margaret after his visit to Nicholas Higgins not only is she convinced of his utter disinterest, but has also convinced himself.  Mrs. Thornton, is unexpectedly awakened to the remembrance of her dead infant when she visits Mrs. Hale's sick room.  This momentary softening of this hard woman does much to humanise Mrs. Thornton.  Perhaps we will also see Mr. Thornton's awakening again before the end of the novel?

Nicholas Higgins is faced with great loss in his own family, with the death of his daughter, and in his social life, with the death of his neighbour Boucher.  Higgins has in the past been known to turn to alcohol as a way of coping with such suffering; he has never found a path to salvation that suits his personality.  Margaret sets him on the path of self-control when she uses her body (as she did during the riot) to bar the door so he is unable to go drinking after Bessy's death.  She takes him home to her father where all three have a frank discussion and then kneel in prayer.  He admits that the strike failed because the men let their human passions get the better of reason.  This action of Margaret's sets Higgins on the path to self-discipline (he gives up drink), and responsibility (he takes on the care of Boucher's family).  He humbles himself by asking Mr. Thornton for work, and no longer rests on his theories of what should be, but does what needs doing.


Margaret Hale, until now feeling superior in every way to Mr. Thornton is quite thrown off balance by her own potential for deceit (in lying to the police inspector), and by her inability to offer a satisfying explanation of her behaviour to Mr. Thornton.  Buffeted by loss, she once again feels the burden of being the only responsible adult in the house.  Each of the losses she suffers would disorient any person, but that she endures the loss of friend, mother and brother in quick succession compounds her suffering.  We leave Margaret at the end of the third quarter of North and South even more off-balance than she was at the beginning.  She is exhausted - the demands on her strength have been too great.  Even in her state of near-collapse she continues to try to divert her thoughts.  Even the frequently obtuse Mr. Hale notices her attempts at merriment and her inability to control her fluctuating emotions.  She learns Edith is returning to London and looks forward to a return to Harley Street where she an "regain her power and command over herself." (299)

Whilst Mr. Thornton is able to overcome his emotions, Margaret continues to struggle with hers and the balance of power is swinging like a pendulum: it began all on Margaret's side with her beauty, her superior manners and confidence which dazzled Mr. Thornton.  He felt like a great rough brute around her.  Now, through her own self-examination, she begins to see his more subtle but noble qualities, and is ashamed for her own earlier arrogance.  She is humbled to feel that she has fallen so far in his estimation.  The pendulum has swung far to Mr. Thornton's side - which is, incidentally just where Mrs. Thornton would have it remain when she imagines saying to Margaret: "If John and you had come together, he would have had to keep a tight hand over you, to make you know your place." (289)

Please see here my thoughts on for Part Four.