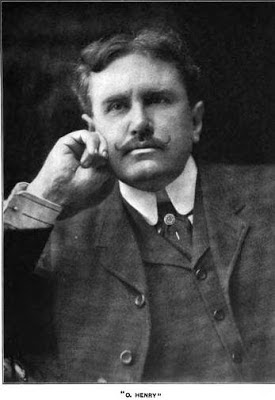 A young man searching five months for his lost love in the city rents a furnished room from a landlady.  There is very little characterisation of either the unnamed young man or the woman for whom he searches.  O. Henry withholds crucial information from the young man, and from the reader, which makes this story seem like a bit of a trick, rather than just a surprise ending.  I did enjoy his powers of description as the young man searches the room.  O. Henry is able to create a quite believable setting through his use of careful observation and evoking all the senses.


No.  Always no.  Five months of ceaseless interrogation and the inevitable negative.  So much time spent by day in questioning managers, agents, schools, and choruses; by night among the audiences of the theaters, from all-star casts down to music halls so low that he dreaded to find what he most hoped for.  He who had loved her best had tried to find her.  He was sure that since her disappearance from home this great water-girt city held her somewhere, but it was like a monstrous quicksand, shifting its particles constantly, with no foundation, its upper granules of today buried tomorrow in ooze and slime.

"The Ransom of Red Chief"

I read this humorous short story to my daughter (age 10) who hooted with laughter at all the right places.  Written in the first person by a hapless entrepreneur who, along with his beleaguered partner decide to make some money by kidnapping the son of a wealthy man.  What they hadn't counted on was the character of the boy they were dealing with.  One of my favourite aspects of this story for me is the attempt at literary, or elevated language used by the kidnapper who very often, but not always, misses the mark with his malapropisms.

Here's a bit of the story:


Bill and me had a joint capital of about six hundred dollars, and we needed just two thousand dollars more to pull off a land scheme in western Illinois.  We talked it over on the front steps of the hotel.  Philoprogenitiveness, says we, is strong in semi-rural communities; therefore, and for other reasons, a kidnapping project ought to do better there than in the radius of newspapers that send reporters out in plain clothes to stir up talk about such things.  We knew that Summit couldn't get after us with anything stronger than constables and, maybe, some lackadaisical bloodhounds and a diatribe or two in the Weekly Farmers' Budget.  So it looked good.