The Stone Angel by Margaret Laurence 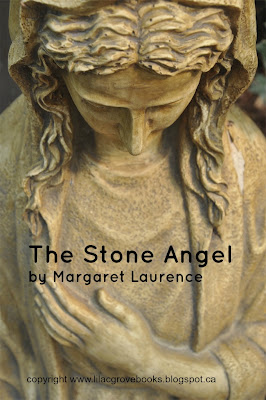 I first read this book in my final year of high school when one girl complained to the teacher because she didn't think it was right for us to have to read a boring old story about some old lady dying.  My seventeen-year-old self scorned her. I remember being in complete awe of the skill of Margaret Laurence, and if truth be told, in awe of any author who had achieved the definition of success: the published novel.  I was willing to accept the value of a book merely because someone had deemed it worthy enough to print.  Although my definiton for literary success has become somewhat stricter, The Stone Angel has never wavered from it's position amongst my favourites. 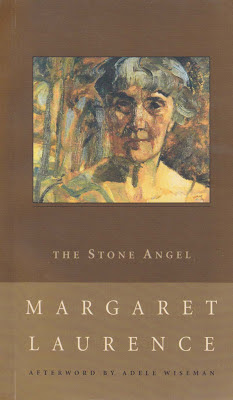 The value I saw in fiction was, and is, empathic travel inside the world of another.  It is easy to dismiss others as losers and idiots from our comfortable positions in front of the television screen or behind the wheel of the car, but when we sit beside, or attempt to get inside the mind of another, we see the fine line between Me and You, Us and Other.  We have the potential to see and understand that action is not always just a random and meaningless act, that people all around us have a full and complete history we may know nothing about; it is that personal history that informs their behaviour, their preferences, their actions.

Hagar Shipley is different on the inside and the outside.  The two parts of herself are separate and although we can see the Why in some of her actions, she is not able to make those connections herself.  We hear Hagar's internal dialogue; we hear her say exactly the opposite at times of what she is thinking.  She prides herself on being the one in her marriage with manners, and despises Bram Shipley's tendency to say what he thinks without regard for proper decorum.  By the end of her life, Hagar has become exactly that which she despises.  She alienates her son and daughter-in-law who take care of her.  She continually speaks before thinking, or even realizing she has spoke aloud.

This is a story about the pendulum of life finding an equilibrium.  From one extreme to the other, Nature is the great equalizer.  By the end of his life, Bram Shipley, the n'er-do-well of the town has a farm that looks just like all the others.  The drought had effected all.  The final great leveller is Death.  In death, Bram Shipley is on the same level as his father-in-law, pioneer farmers with headstones in the town cemetary.

Hagar has lived long enough to see the great fall and the lowly rise.  But as the cemetary caretaker explains to them the history of the stones, Hagar offers no information of her own; she turns away and sits in the car.  She is the Stone Angel, enduring, blind and misunderstood.  She was the child of status who fell and was righted by her own efforts to respectability.  Actually, righted by her son.  But she sat precariously, the topple inevitable.  Hagar was so shut within herself that she was divorced from her own emotions.  She was incapable of connecting intimately with her husband, and observed or overheard the tender interactions between other couples without any understanding of herself.  She did not understand what she was overhearing when John and Arlene thought they were alone together.

You feel sorry that Hagar was never able to open herself to real communication in her life, and never had the kind of conversation the Jardines in the hospital were able to have after years of shared life.  She tries to warn the little girl on the beach not to be so bossy, but does she see herself in the little girl's cruelty?  Instead of being able to pass on the wisdom of her years to the children, she once again miscommunicates and scares them off.   There is no sense for me that Hagar is able to achieve full reconciliation of her own responsibilty for her life before she dies.  I sense that she is taking small steps in that direction, when she makes an effort to retrieve the bed pan for Sandra Wong in the hospital.  Is this the first truly altruistic effort she has made?

Even her attempts to save money for John to attend university is not truly for his benefit.  Hagar wanted to retrieve her elevated status through her son.  She discards Marvin as a less-worthy son when she thinks she sees that he takes after her husband.  He leaves home never having received the words of praise he so desperately wants and cannot ask for.  He has worked hard for her recognition and when it comes at the end - the last thing she says to him - it is as a comparison with John, her favourite son.  Hollow words for Marvin to hear, and offensive. Marvin leaves, calling her "a terror" which is justifiable.

Poor Hagar.  She lived the proverb, "Marry in haste, repent at leisure."  She even acknowledges this to her rival, Lottie, when John and Arlene are dating.  The ingredient missing from Hagar's life is respect, for herself and others.  She cannot respect her own family, her father, husband or sons, nor even herself.  She gives no heed to the emotional needs of others nor of herself.  When Mr. Lees talks with her through the night she finds herself at times drawn in to his story, alternatively disinterested and bored.  She sees his pain only as it is relevant to her pain.  When he seeks help for her, she is angry, rude, and dismissive of him.  A glimmer of recognition appears just as they are parting and she is able to acknowledge his pain in the loss of his son... not as it relates to her own loss, but seeing his loss, his emotions as real and valid and worthy. 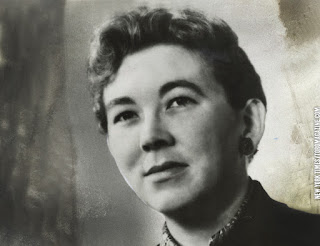 I take away from this novel the importance of respect, and how hurtful the thoughtless selfishness can be.  Hagar never considers the feelings of others.  She hardly ever tempers her snarkiness, although because she does, we know she can.  She speaks with civility to the ladies in the seniors home and to Sandra Wong but not to her own family.  She never sees that she has never left Bram but taken over his harshness without knowing.