The Old Capital by Yasunari Kawabata 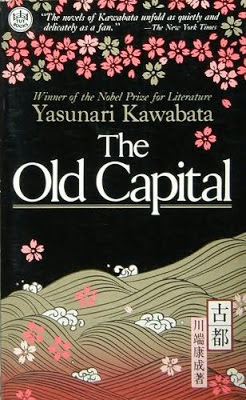 A beautiful evocation of the city of Kyoto, The Old Capital by Yasunari Kawabata is a masterpiece.  It was cited as one of three works by Kawabata when he was awarded the Nobel Prize for Literature in 1968 along with Snow Country and Thousand Cranes.  Kawabata lived from 1899 to 1972.


The story focuses on Chieko, a young woman both good, and beautiful who loves and honours her adoptive parents.  There are inconsistent stories of how she came to live with the couple she thinks of as her parents; was she stolen, or was she a foundling?  But Chieko becomes more curious about her past when she encounters a lost connection she never knew she had.

I know that there was a lot that I missed from this book because I am not familiar with all the locations, or the festivals, or the cultural significance of important aspects of the story.  I was at a total loss to understand the significance of, for instance The Imperial Offering of Cucumbers, although it certainly sounds like something I'd enjoy, being a fan of the vegetable myself.

I am reading the 1987 version of J. Martin Holman's translation.  I am interested to do a comparison with the 2006 updated edition to see if some of the difficulty I had with the text was my failure to understand the conventions of Japanese literature.  I was well aware through the entire novel that I was reading a translation.  Is this a bad thing?  To tell the truth, I'm not sure.  It is a translation, so there is an honesty in reading something that sounds like a translation.  I am always aware that I am reading through an intermediary.  However, this creates a distance from the characters when the dialogue sounds like they are not speaking their own language.  There is a jerkiness, a halting manner that may or may not be the author's style.

If I knew more about Japanese culture I think the symbolism and significance in the novel would have added a great deal to the writing.  However, the book is a delight just from a narrative point of view.  The characters of Chieko and Naeko are delightful, and their interactions with the other characters honest and varied.  The way Chieko can be playful with Shin'ichi, and yet so thoughtful with her parents gave her a depth of character that revealed her personality in a subtle, indirect manner. 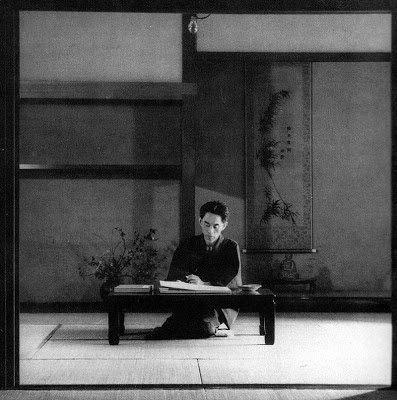 I had a wonderful browse through some photos from Kyoto as I read The Old Capital.  These are from our trip there a few years ago.  We visited the Ninnaji Temple and Arashiyama so I was fascinated to read about both of those locations in the novel.  Through the magic of Google Streetview I was able to look up some of the locations in The Old Capital.