New Canadian Library: The Ross-McClelland Years 1952-1978 by Janet B. Friskney 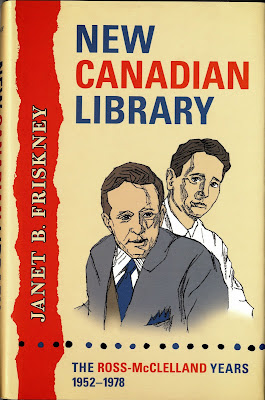 On 17 January 1958, the McClelland and Stewart publishing house launched the New Canadian Library, a paperback series aimed at the general reading public, and the academic community in need of affordable, accessible texts for teaching and research.  The idea for the series had been championed by Malcolm Ross (1911-2002), an English professor who was to become the general editor.  He was able to convince Jack McClelland (1922-2004) of McClelland and Stewart to finance the creation of what would become a landmark literary series in Canada.

Author Janet B. Friskney has created a fascinating narrative using an astounding amount of documentary material.  She was able to interview both Ross and McClelland before their deaths.  The writing is accessible, and the research well supported.  The appendices are a treasure trove of information on the NCL: I found myself continually flipping back to refer to the chronology of publication, the graphs of annual sales of NCL titles and titles proposed but rejected for the series.

The collaborative process of creating the series was much more flexible than I imagined it would have been.  Ross is presented as a somewhat conservative academic mainly interested in reviving significant historical works of Canadian importance for public and scholarly consumption.  McClelland was the businessman whose main concern was the bottom line and keeping authors happy.  Their ability to find common ground explains some of the the anomolies, gaps and superfluities of the series (11 Leacock titles in the first 16 batches! and no W. O. Mitchell or Alice Munro?).  It made me more aware of how fickle the creation of a literary canon can be when a work of importance could be excluded merely because the publisher was unable to obtain the rights at the time when the market is favourable, or when trade-offs in titles were made to keep the series financially viable.

For anyone interested in the history of Canadian publishing, the early years of the New Canadian Library, or the discussion of the creation of the Canadian literary canon in the decades after the mid-century this is a fascinating book.


There is an element of nostalgia for those of us who grew up with these books.  I was assigned Margaret Laurence's The Stone Angel, Martha Ostenso's Wild Geese and Mordecai Richler's  The Apprenticeship of Duddy Kravitz in high school and read a number of others on my own.  That was the beauty of the NCL series, and exactly the balance that Ross and McClelland were trying to find: how to cater to the academic market desperate for reprints of Canadian literature, and still appeal to the general public.

I had never seen any of the first covers until last year when I found an old copy of Gabrielle Roy's Where Nests the Water Hen.  I love the focus on the author's image, and the various artistic styles somehow reflecting what we can expect to find within the pages.


I know that I am probably the only person in the world who likes the post-1970 Don Fernby covers, but I do.  Their funky abstractions and wonky production value harken back to a time of brown and orange Tupperware, plastic covers on chesterfields and my dad in his brown polyester suit. 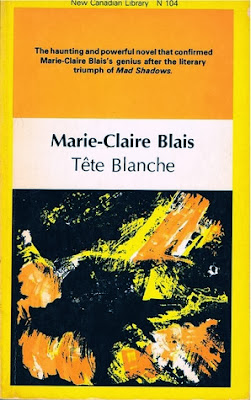 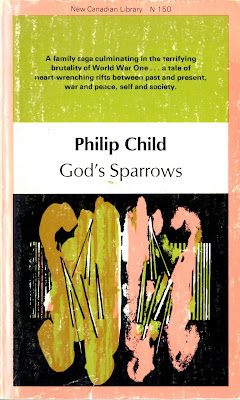 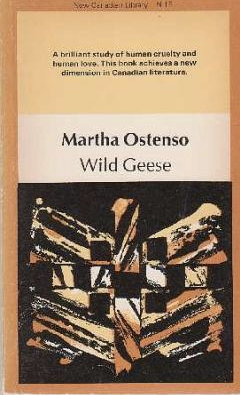 Okay, I know they are pretty ugly, but there is something about them...