Dinner at the Homesick Restaurant by Anne Tyler 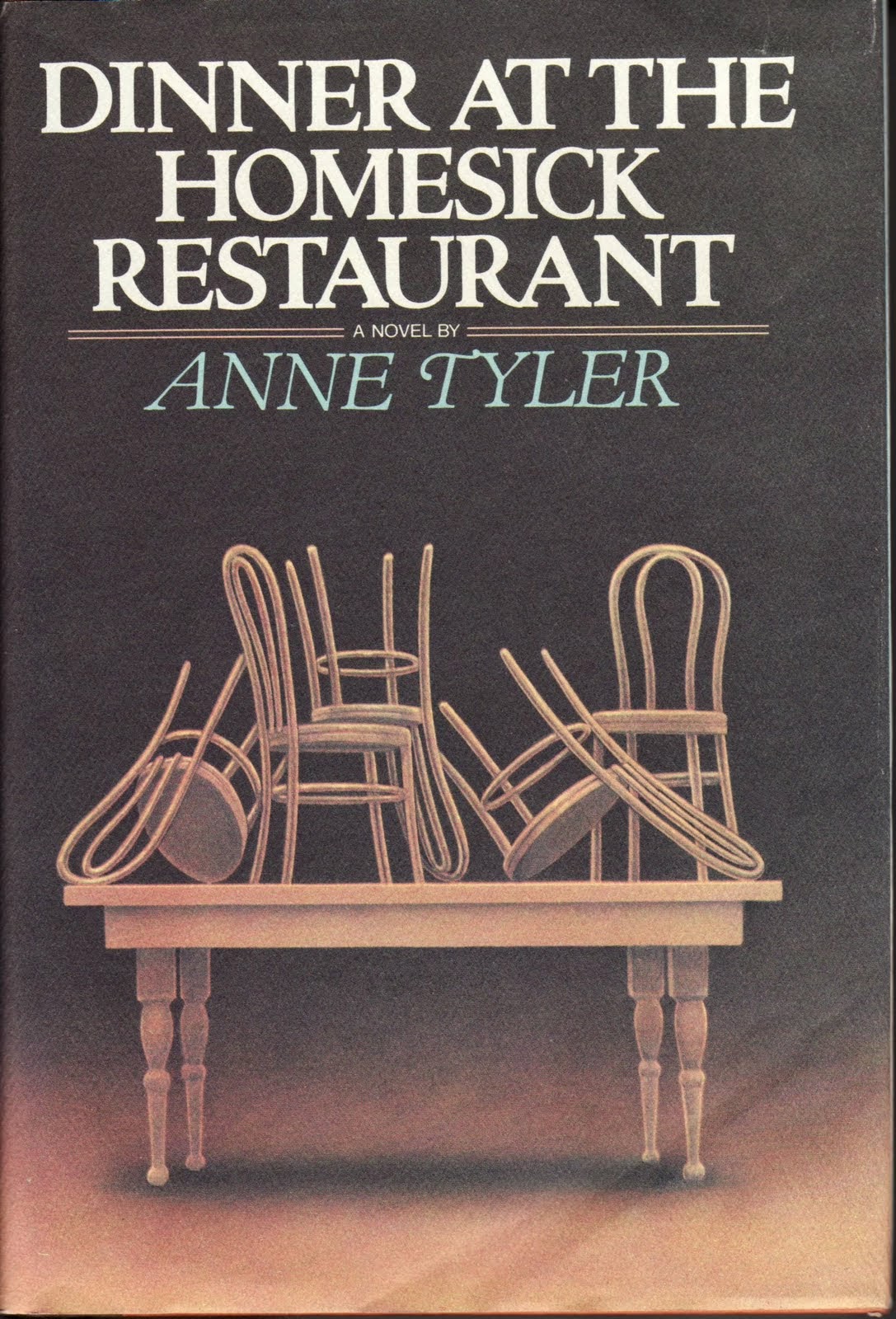 In my early 20s one of my absolutely favourite books was Anne Tyler's The Accidental Tourist.  The lure of Macon Leary's reclusive, idiosyncratic lifestyle contrasted with Muriel Pritchett's charming extroversion helped me figure out my own place in the world and where I wanted to fit, and who I wanted to be.  I identified so strongly with the characters in that book in all their diversity, yet had never read anything else by Anne Tyler until this month when I picked up Dinner at the Homesick Restaurant.  I didn't know what to expect, but I don't think I was expecting it to be quite as bleak as it was.

The Tull family is a cautionary tale of bad parenting and communication failure.  Abandoned by her husband, Pearl Tull raises her three children on her own.  Each of the children is scarred in secret and unknown ways by this void as well as by their mother's emotionally closed off personality.


I found this story frustrating because of the lack of emotional resolution, and the blindness that each of the characters deals with and never overcomes.  Each is searching for a way to satisfy some deep need: one son is overwhelmed by his ambition for control, money and power, the daughter is incapable of being serious about anything or of maintaining a marriage, and the youngest son searches for a loving home life, first at the home of his friend, later in his creation of a home-style restaurant.

This book left me cold.  I didn't connect with any of the characters, even with the telling of the story from many different perspectives (which was stylistically very well done) I failed to really invest in the challenges or dramas.  I just found myself getting more and more frustrated that none of these characters would stand up for themselves - or take a stand about anything! The youngest son, Ezra, is so determined to have the whole family around the table together eating, yet his efforts are constantly belittled and undermined by every member of the family.  Still he never stands up for himself.  It made me wonder why they didn't all just cut their losses.

I know that Anne Tyler is a well-loved author who has won the Pulitzer Prize and that her novels are included in countless syllabi in American secondary and post-secondary schools so clearly I am in the minority in my disappointment.  This was very easy reading and I did find the changing points of view refreshing but although the style allowed me to make it through to the end of the novel the content felt unresolved and contrived.  I often think of a quote I heard years ago: "If you can't be a shining example at least be a cautionary tale."  Clearly I enjoy books about shining examples much more than cautionary tales.