The Painted Door by Sinclair Ross 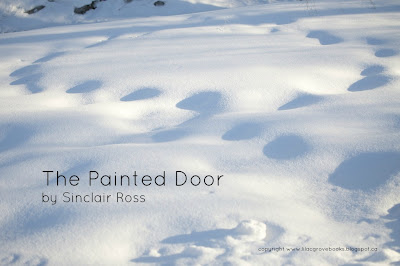 This is a story that features in virtually every winter-on-the-prairie novel ever written: caught in a blinding blizzard, a character tries to find his way home without freezing to death while at home they watch, worrying at the window for any sign of life on the barren landscape.  Pa did it in On the Banks of Plum Creek, and the Drylanders did it more than once.  In his short story, "The Painted Door," Sinclair Ross focuses not so much on the events of the story, as he does on the wandering thoughts of the lonely Ann as she is once again left on her own in the farmhouse while her husband John is out in the blizzard.  This is the story of her desperation and madness that drive us to the story's dramatic conclusion.

John has decided that he must visit his father five miles across the barren winter prairie landscape to help with his chores and check up on him.  Walking alone across the snowy wilderness is something John does with confidence.  He was raised on the prairie and has endured many such storms.  But Ann reminds him that they had seen a "double ring around the sun," a sure omen of a coming storm.   John is dismissive of her worries, comforting her by saying he will invite their neighbour for dinner and cards, and to expect him back for a late dinner.

Isolated, not only from her husband and their distant neighbours, Ann is also isolated from the landscape in which she lives.  Ann believes that his journey is too dangerous, while admitting that he was knowledgable and experienced.  The house protects Ann from the worst of the storm, but she is haunted by the silence after John leaves:


It was the silence weighing upon her - the frozen silence of the bitter fields and sun-chilled sky - lurking outside as if alive, relentlessly in wait, mile-deep between her now and John.  She listened to it, suddenly tense, motionless.  The fire crackled and the clock ticked.  Always it was there.

To fight off the silence, Ann begins to talk to herself as she paints the door and trim in the kitchen.  She thinks about how their lives have enclosed in upon them, unable to relax when they do have fewer responsibilities in the winter, and no longer involving themselves in the community.  She complains to herself about her life and voices her grievances aloud.  The storm continues to batter the house, causing it to sway and vibrate.  She feels brave enough to attempt to tend the livestock in the barn, but when she steps outside, the storm is angry and fights to get her "as if all its forces were concentrated upon her extinction."

It is at this point that she loses control and has a shift in self-awareness.  Her self-pity have overtaken her, and she breaks free of her restraints in a moment of madness.  These feelings coincide with the arrival of their neighbour, Steven, and in a state between dreaming and waking Ann fills the void for companionship.  She chooses to satisfy herself at the expense of the long-term love and devotion from her husband, John.  The consequences of her action are dramatic and immediate and the tragic irony is that it is only through discovering what she does not want that she loses what she most wants. 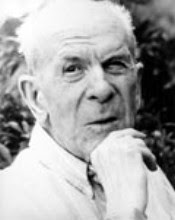 I am looking forward to reading As for Me and My House, Sinclair Ross's novel this year, as well as his short story collection Lamp at Noon.