Fresh flurries this morning so we are still in the anticipating phase regarding the arrival of spring.  A header depicting some of the beauties snow brings keeps me in the right frame of mind as I see the internet blossoming with photos of flowers and leaves that are emerging in warmer climes.

We have had hints of the warmer weather that is coming though, and last weekend I even sat on a friend's patio until just after dark.  Never mind that we were bundled in scarves, parkas, long underwear and were drinking tea in mittens - we were sitting outdoors!

On the reading front, one might imagine this long cold winter would lead to reams of books having been read, and while that is sporatically true, I have found myself stuck two-thirds of the way through Charlotte Bronte's Villette this month, right on the verge of loathing it, and yet unable to let it go, having devoted so much time ploughing through to this point.  I have been determined to forge on to the end, but I seem incapable of sticking with it for more than three pages at a time before I feel compelled to attend to some pressing household chore such as labeling all the jars in the pantry. 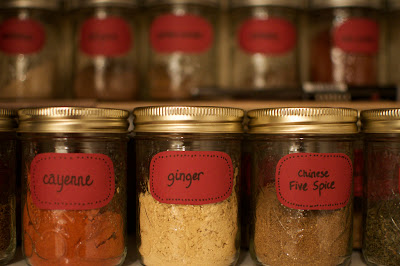 I have also been working on a family tree project in anticipation of a family reunion we will host this summer at the cottage.  I have been so excited by the amount of information I have been able to uncover online!  My grandfather's much older brother fought and died on the western front in 1918, and I was able to find copies of his enlistment forms (including his signature!), the cemetery where he was buried in France, a plot of the cemetery, and using Google Streetview, was able to see the location of his headstone!  My maternal family comes from farming communities in the Ottawa Valley and yet I've uncovered astounding amounts of information about various members.

But, I decided this morning to stop dragging myself through Villette and picked up E. M. Forster's Where Angels Fear to Tread which seems to be matching my mood.